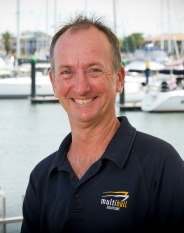 Andrew de Bruin heads up Multihull Solutions Asia team and it’s hard to imagine him having a bad day at work. With his office overlooking Thailand’s glittering waters, Andrew doesn’t have much to complain about. He discovered early that you can mix business with pleasure, and he built his impressive career around sailing and selling yachts in the world’s most exotic destinations.

Starting out as a charter yacht skipper in Greece and Turkey, Andrew returned to Australia and spent several years as Operations Manager for Sunsail in the Whitsundays. A move to Sydney Harbour followed where Andrew was appointed Service Manager for Beneteau Yachts-Vicsail before he set sail on his own 36’ yacht Awatea for Singapore. From there, he spent several years undertaking numerous regional and international yacht deliveries, then was recruited to manage the daily operation and major refit of the sailing vessel Star Gazer while based in the Gulf of Thailand, Malacca Strait and Andaman Sea.

In 2002, Andrew embarked on a ten-year position as Senior Broker with Lee Marine Co.Ltd where he supervised a successful team of yacht brokers across three offices in Thailand.

Due to Andrew’s expertise and experience and the fact that he is an all-round good bloke, he was Multihull Solutions’ first choice to represent them in the region.  It also helped that Andrew is a qualified event and sound technician. We are confident our Christmas parties will be heard for miles! 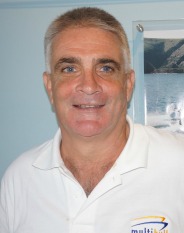 No one knows the South East Asian marine industry like Kevin Quilty and that’s why we are so pleased to have him part of the Multihull Solutions Asia team. Not long after moving to Phuket in 1992 as a flotilla skipper, Kevin assumed the role of general manager of Sunsail-The Moorings’ yacht charter operations. He spent the following 20 years valiantly ignoring the spectacular scenery and instead focussed his energies on building a highly successful business with his achievements including the establishment of new Sunsail bases in Phuket, Langkawi (Malaysia), Nha Trang (Vietnam), Samui and Koh Chang (Gulf of Thailand).

Kevin also established Asia’s first RYA sailing school, and increased the region’s charter fleet to 40 yachts by 2013. Somehow, he also managed to find time to serve as Chairman of the Marine Alliance of Thailand, helping eliminate the import duties on yachts which subsequently created Asia’s marine industry boom. Despite spending most of his life around boats and attaining Ocean Yachtmaster Instructor accreditation, Kevin is passionate about all sport and is an enthusiastic footballer, cricketer and golfer. However, these achievements are almost inconsequential because when Multihull Solutions discovered that Kevin was once a drummer who toured the UK in a band, we employed him immediately. Now our company band is almost complete.

Charles Robinson has a CV that reads more like a Lonely Planet guidebook. Having worked in engineering and sales for the oil and gas drilling supply industry for almost 25 years, Charles has been based in England, South Africa, Dubai, Azerbaijan, Iran and Algeria.

Wherever and whenever possible, he pursued his love of catamaran sailing off the many picturesque coastlines around the world. Considering he spent his infant years bouncing over waves in his parents’ Coot dinghy in Zanzibar and was given a Marine ply Lateen Sail 10’ kit by his father as a seventh birthday present, it was only natural that Charles developed a lifelong passion for sailing. He sailed Mirrors, Enterprises and Bosuns as a sport at school, then moved into Hobie sailing with his wife in Cape Town in the early 90s. The couple continued their love of Hobies when Charles was transferred to Dubai, and they competed in the 2007 World Championships in Fiji with a Dubai team of Masters sailors.

Moving to Perth in 2009, Charles has enjoyed some great sailing although noticed a significant lack of big catamaran sailing and racing on the West coast of Australia. He aims to remedy that with his role at Multihull Solutions, where he intends to convince the west of the numerous benefits of multihulls.  Charles has now relocated with his family to Phuket where he intends to continue spreading the word. 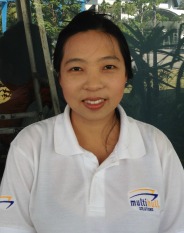 There’s nothing more important than local expertise when expanding a business into a foreign country. Multihull Solutions hit the jackpot when Yui applied for the Administration Manager position of our new Phuket operation. Brimming with energy, humour, qualifications and experience, Yui helps the Multihull Solutions Asia team oversee the daily administration of our Boat Lagoon office.

Yui has completed Bachelor and Masters degrees in Business Administration, and contributed her impressive knowledge to previous positions in the local hospitality, tourism, property development, marine and media industry. She cites her hobbies as reading, gardening and badminton, and we’ve got bets that “sailing” will soon join that list! 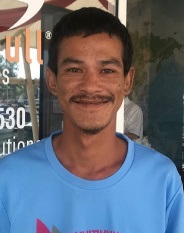 division of our Phuket operations. Working on dive charter boats from the tender age of 16 as a boat boy before progressing to become an engineer, Nut then attained his captain’s licence and started driving both power and sail vessels for the region’s charter industry. He has also been heavily involved in racing, working for Java Yachting doing race charters at various regional regattas with highlights including victories at numerous Samui Regattas, Kings Cups and Multihull Solutions Regattas.

With a passion for the ocean and all boats, Nut loves spending his spare time on the water with his wife and young son. 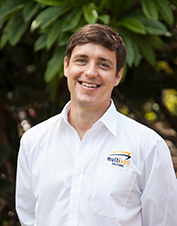 Freddie Coetzee hails from South Africa but has travelled so many oceans that he is truly a man of the world. From 2004, he has completed numerous deliveries as crew and captain of yachts between Europe, Africa, Southeast Asia, Australia and the USA, accruing myriad qualifications including RYA and IYT YachtMaster Licenses and Tickets and clocking over 34000 nautical miles!

Freddie brings a dizzying array of experience to Multihull Solutions, such as skipper/manager of Leopard and Lagoon catamarans, a Grand Banks 65’ and as a US and European agent for Newmil Marine. In addition to supervising the refit of yachts and assisting with surveys and sales, he also has his Private Pilot license with Instrument/Night rating with over 399 hours’.

It’s hard to believe Freddie has found time to do anything off yachts, but he also has gained his Instructor Diver License (NAUI) and been awarded an Associated of Applied Business degree from the Golf Academy of America with a major in Golf Complex Operations and Management. His passions run far and wide, including restoring old British sport cars (1962 Austin Healey & Jaguar MkII), flying small aircraft and exploring nature on both land and sea. Deeply committed to developing strong client relations, Freddie loves sharing his knowledge and experience to help others realise their dreams.

See our current yachts and catamarans for sale in Phuket on our Phuket Multihull Solutions Sales Office page.