When we sail into a beautiful bay and take in the view of the huge amphitheater studded with traditional houses, more classical in colour and architecture than the white and blue houses on some other Greek islands, it does not take a long look at history to see why every Greek island is different and much of the difference comes from the location.  Here on what was the Silk Road and the Levant trading route is this strategic little ‘heap of rocks’. 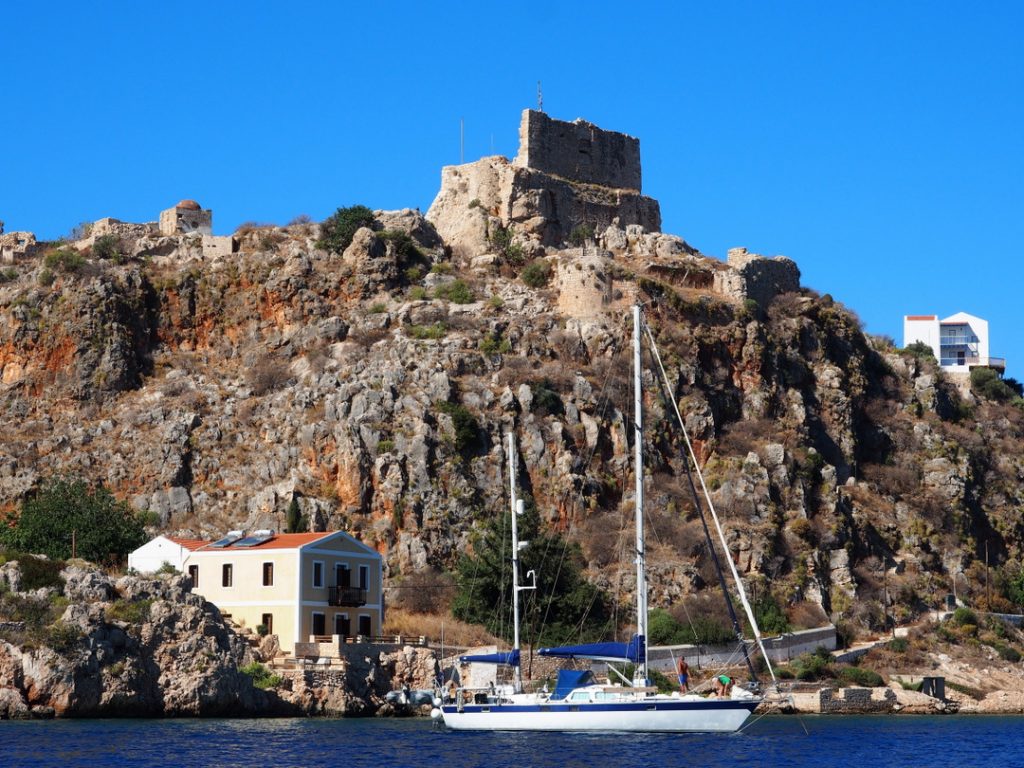 Originally named Megisti, this island, settled by Dorian Greeks in Hellenic times, has been occupied by many since then. Ruled by Rhodes until it was taken over by the Knights of St. John, occupied by Sultan Djemal-el-din of Egypt, then by Alfonso V of Aragon, king of Naples, and then conquered by Ottoman Sultan Suleiman I.

Venice was next, regained by the Ottomans, until between 1828 and 1833, Kastellórizo, joined the Greek insurgents. At the end of the Greek War of Independence it came back in possession of the Ottoman Empire. In 1913 the local population imprisoned the Turkish governor and his Ottoman garrison and proclaimed a provisional government.

Ultimately assigned to Italy it was known by the Italian name Castelrosso. During WW2 it was Italian then British after the Italians capitulated. Tragically after WW2 a fuel dump fire spread to an ammunitions store and destroyed about half the houses on the island. Kastellorizo was assigned to Greece with the Paris Peace Treaties in 1947.

The resilience of these people is second to none!

Of course during these troubled times many people left to find a life elsewhere. Today descendants of the population, who live in Australia, are still establishing ownership of the inherited family property, and the island homes have gradually been restored. 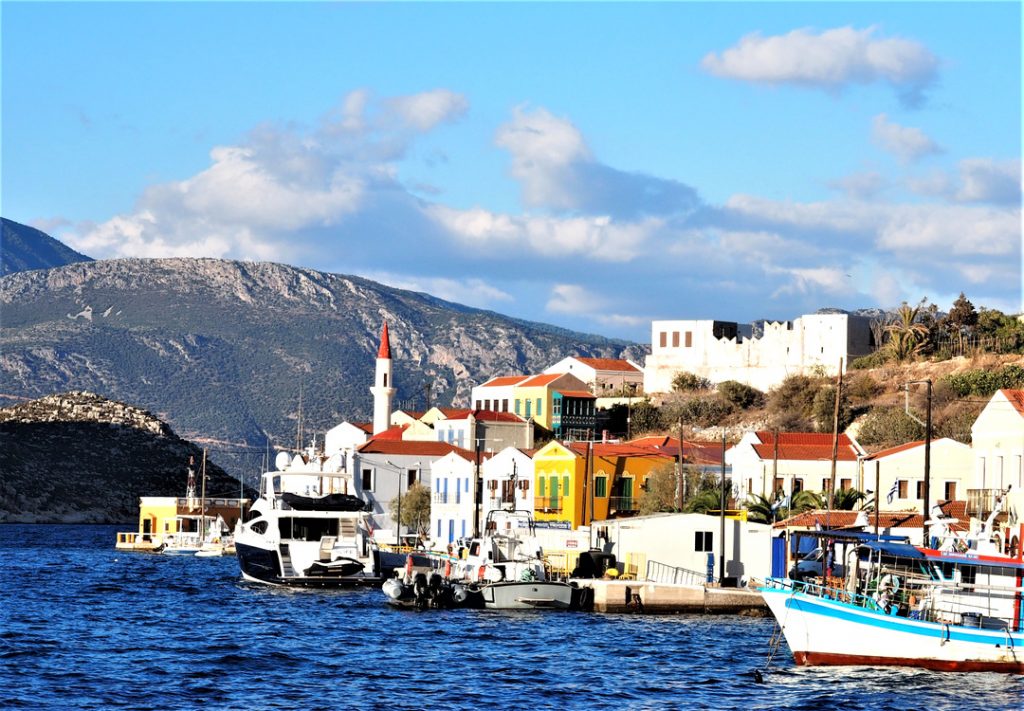 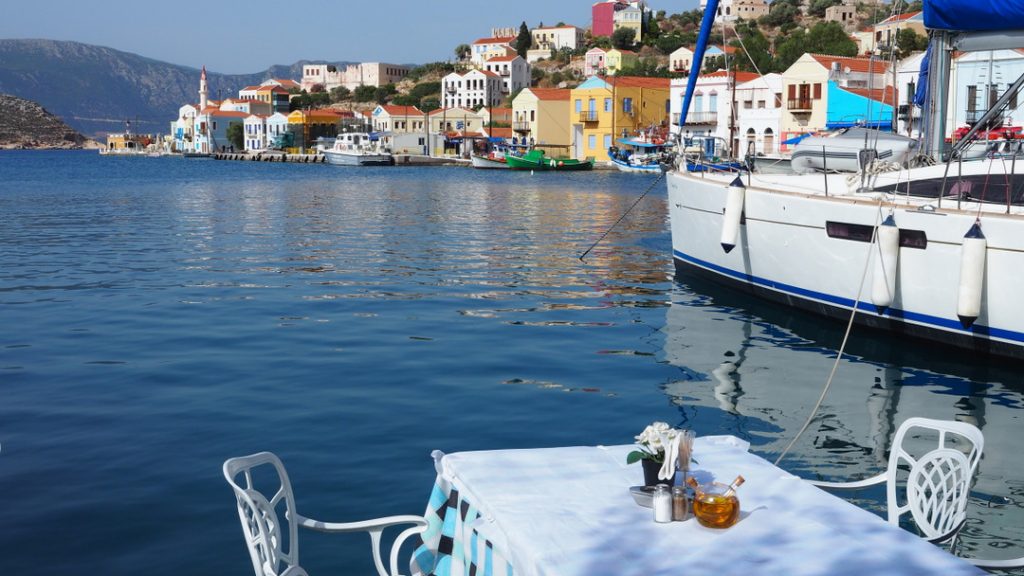 This has been one of our favourite stopovers since we first sailed into the beautiful bay, jumped ashore and asked Lefteris to direct us to the Port Police so we could organise for our group to moor. He assured us that, (at that time), he was the Port Police! And asked how many would be at dinner. 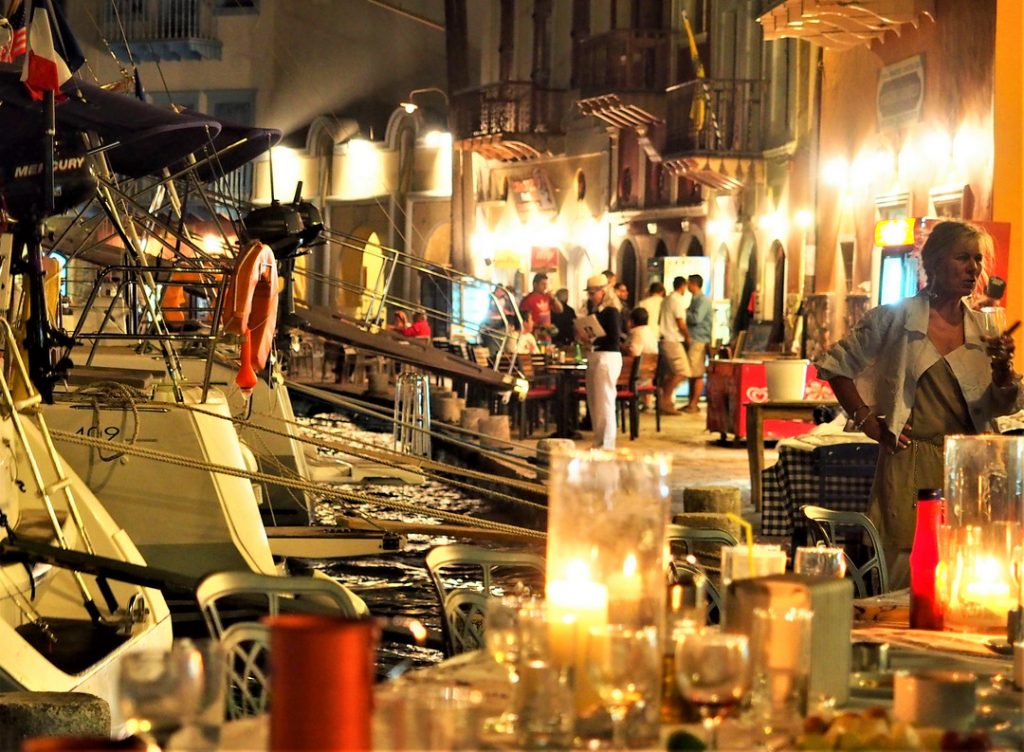 After inspection of the taverna revealed a tank of lobster we agreed that our group would not be “ripped off” if they did not eat the lobster so the yachts lined up along the quay.

Lunch, dinner, (lobster), breakfast and many bottles of wine, beer and ouzo later – everyone agreed it was a bargain.

We have returned to the same taverna every year since, and have been welcomed with open arms – Greek Style!

This owner’s story is from Trevor and Maggie Joyce of Yacht Share Mariner. If you would like to make yachting memories, syndicated yacht ownership might be perfect for you.