Sailing the Lycian coast of Turkey has been an adventure with many stories and memories. “Remember the year when we were in that little bay – with no road access and…”

Indeed we do! It’s a place of great memories both before and after this event. The simple restaurant originally run by an older couple and now by their son Chan, has been a favourite stopover whenever sailing in the area. And although there is no road access that does not preclude internet. 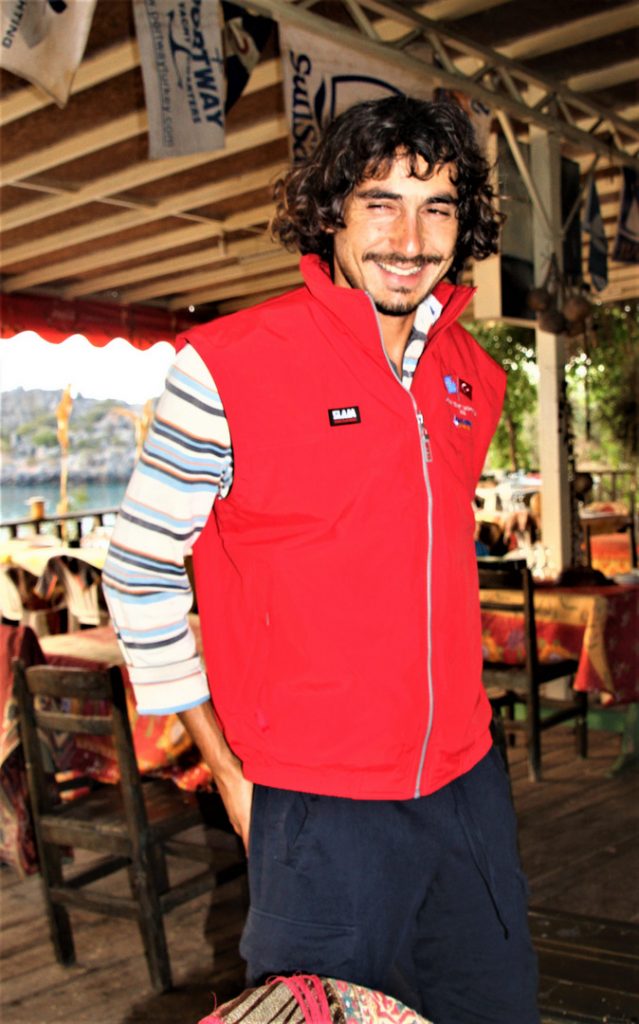 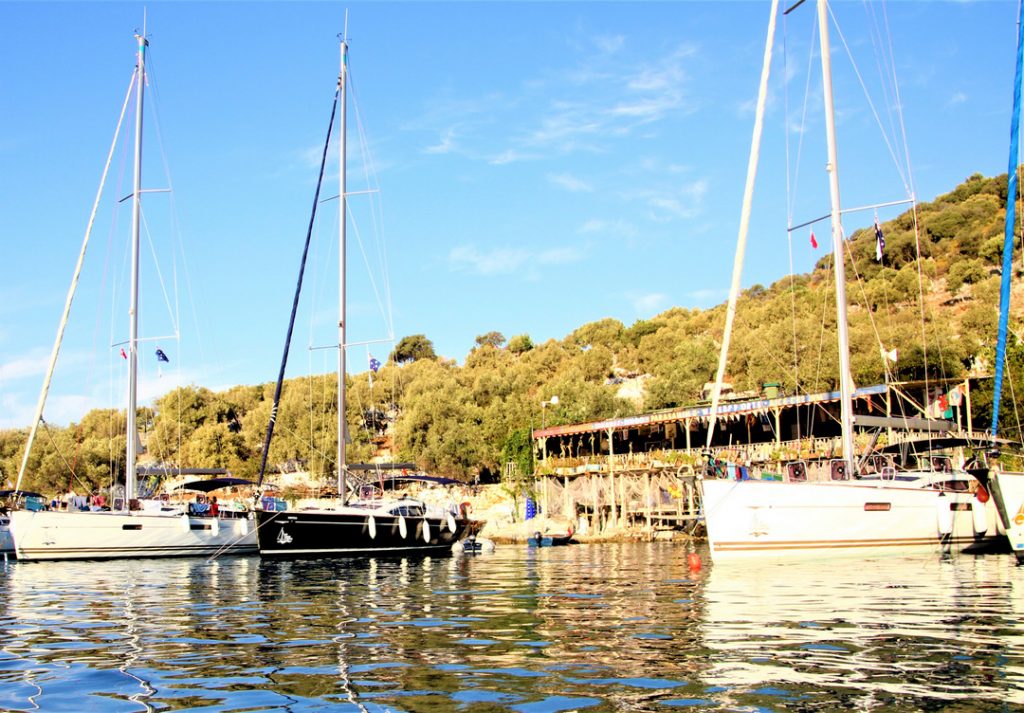 Chan has always been ‘connected’ and Turkey is an outward looking country as many family members have emigrated to America, Canada, Australia etc, in search of a different life. The Euro Sport channel is connected in most bars and clubs so catching the World Cup, sailing events, and even Australian Rules football is not a problem.

After mooring our yachts on buoys in the bay, the norm is to dinghy ashore to catch up with the family events of the past year, enquire about the local happenings and business while checking the dinner reservation. 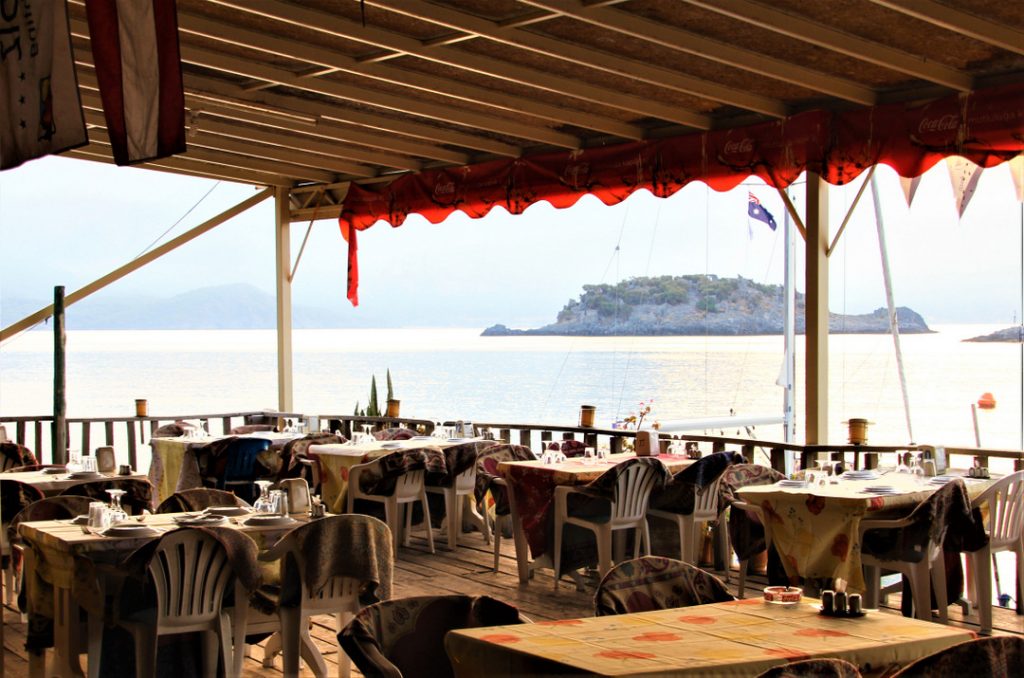 During the course of the chat our trusty leader, noticing the large TV screen, suggests that the Aussie Rules final is on at 8.00am Turkey time next day. Could we possibly come in for breakfast and watch the game. Chan is open to the suggestion but in fact does not actually have the necessary channel as part of his Plan. However all is not lost he will see what he can do.

Although the restaurant is not usually open for breakfast Chan has some good news when we arrive for drinks and dinner. The Channel we need has a seven day free trial offer! So he has signed up for it. He will start the generator and we can come ashore early for football with breakfast to be served at half time.

Chan, bleary-eyed, greeted us next morning with some equally bleary-eyed locals who had been called on to assist, and the game began. Unbelievably the commentary was in Turkish language so the rules were explained and we all cheered along with the local crowd joining the cheer squad. One of our Melbourne friends commented at games end that it was the first time he had seen the grand final in such a sober state!!! 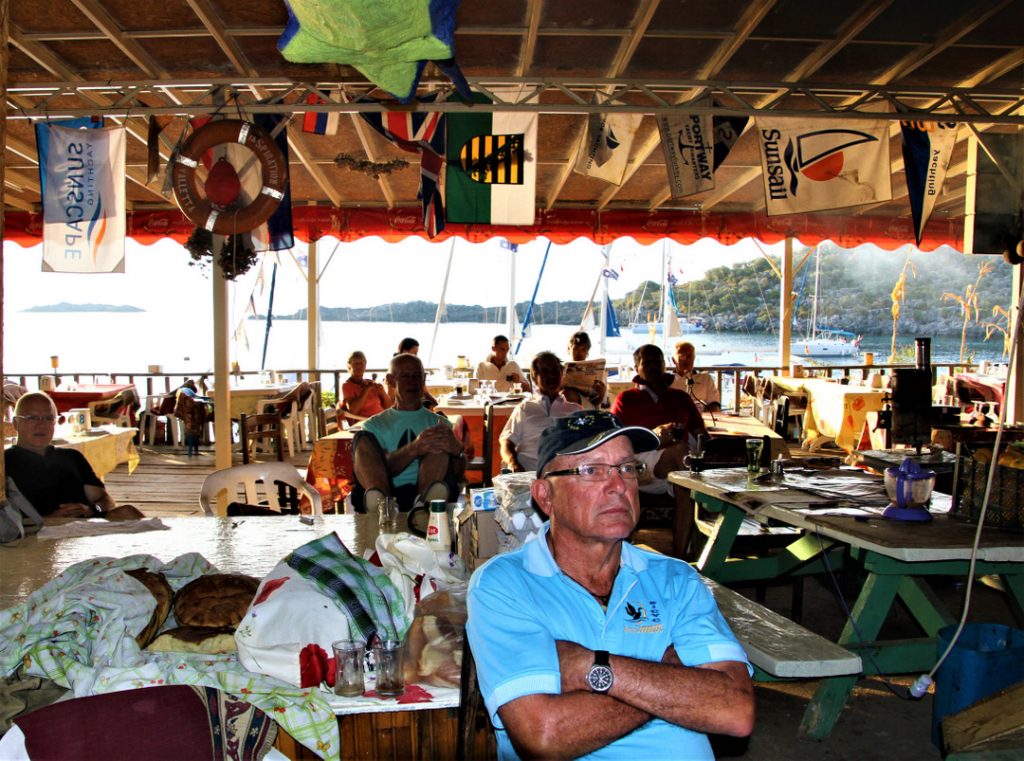 We remember who won but it was really not important in the grand scheme of things. It was simply an unforgettable experience.

This owner’s story is from Trevor and Maggie Joyce of Yacht Share Mariner. If you would like to make yachting memories, syndicated yacht ownership might be perfect for you. Click here to discover the syndication options of a brand new Fountaine Pajot Astréa 42.