The Rapido 40 trimaran will be launched in late 2020. This remarkable model offers the benefits of the Rapido 60 – but only requires a single berth in a marina. And, the floats can be folded without barnacles growing on their side, thanks to the new, patented, folding mechanism.

World-acclaimed designers, Morrelli & Melvin are designing the Rapido 40, which will become the benchmark of the mid-range size. The trimarans will be built by Rapido’s exclusive builder, Triac Composites.

The R40 will introduce a remarkable engineering solution to two age-old problems typically associated with folding trimarans; namely, the folding mechanism will not compromise the boat’s stability; and actually keep the floats in the upright position. Say goodbye to weeds, algae and barnacles growing on the sides!

FAST AND POWERFUL
Trimarans are safe, powerful and fast as demonstrated by the fact that they consistently win races and hold the solo speed record for circumnavigating the world.

SAFE
Safety at sea is the No. 1 priority and this thinking is reflected throughout the design and construction of the Rapido.

SPACIOUS
The Rapido 40 has some truly amazing living spaces which provide more open, private and intimate areas than monohulls or catamarans.

STABLE AND COMFORTABLE
Trimarans are comfortable on all points of sail.

FUN
The combination of safety, performance and comfort put the Rapido in a league of its own. The enormous trampoline nets add fun and excitement as you watch the blue water rush underneath you – or as you lounge on the nets while gently floating over a reef. You will be instantly hooked. 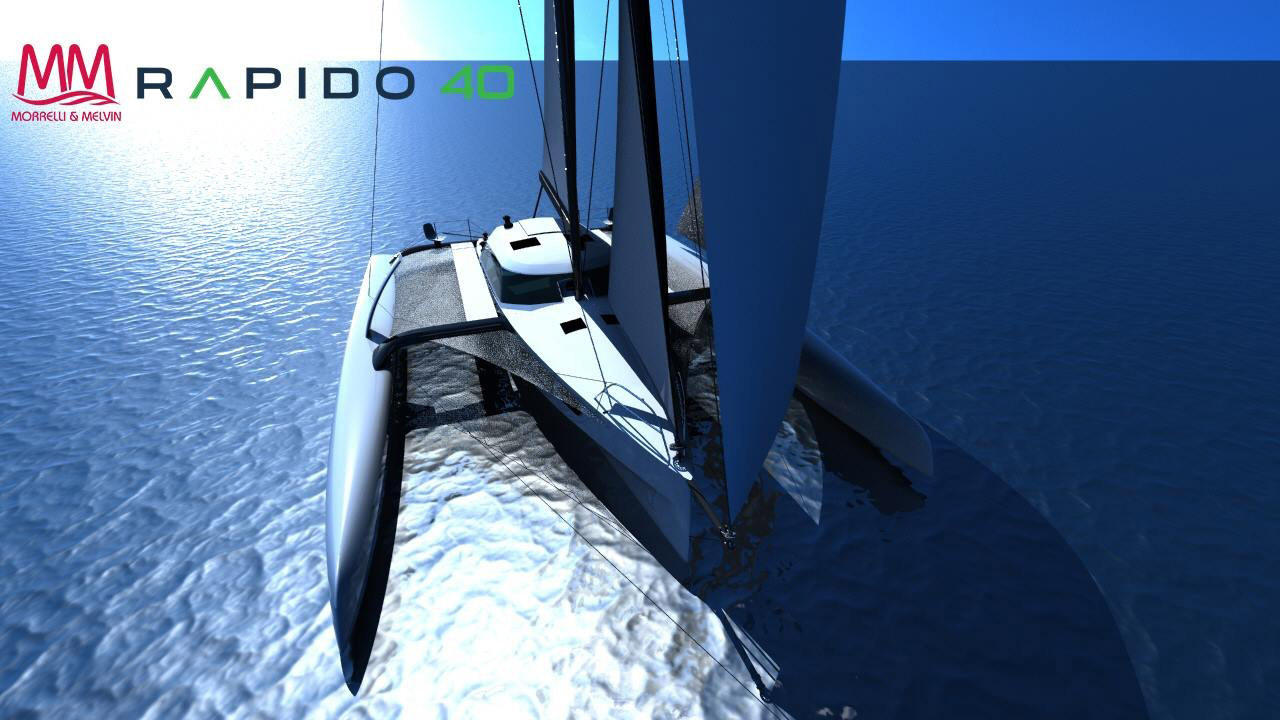 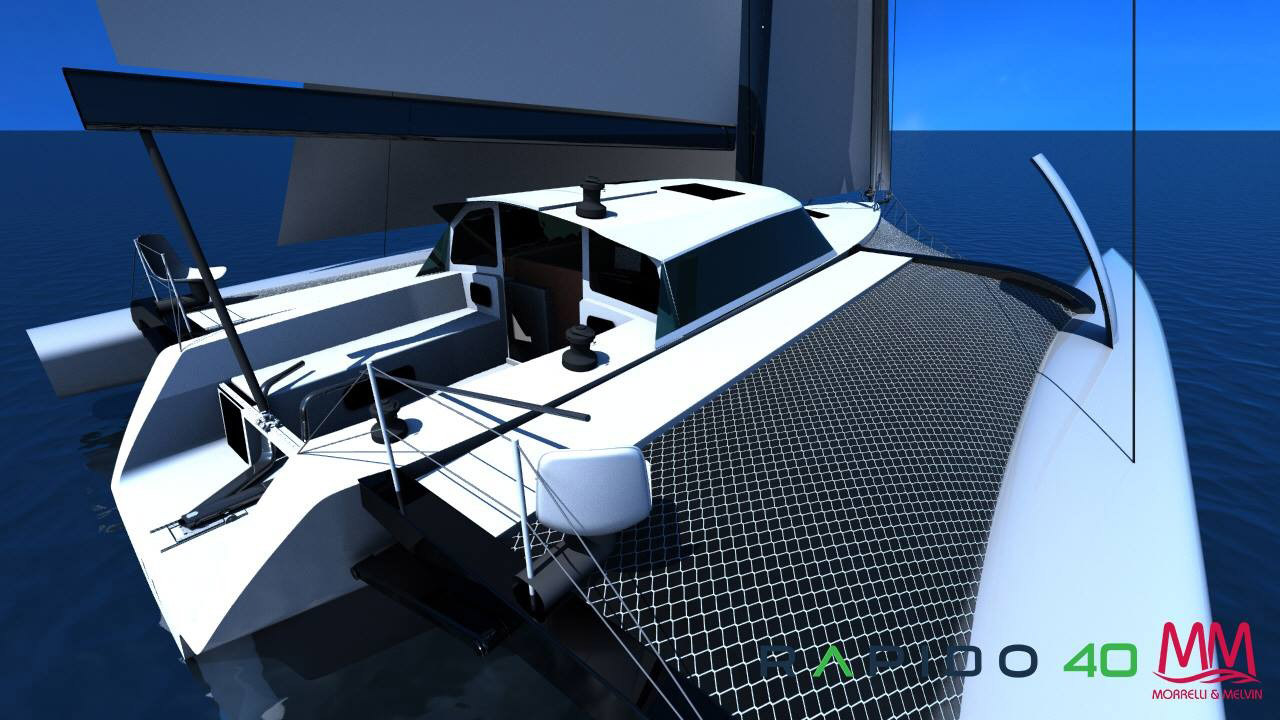 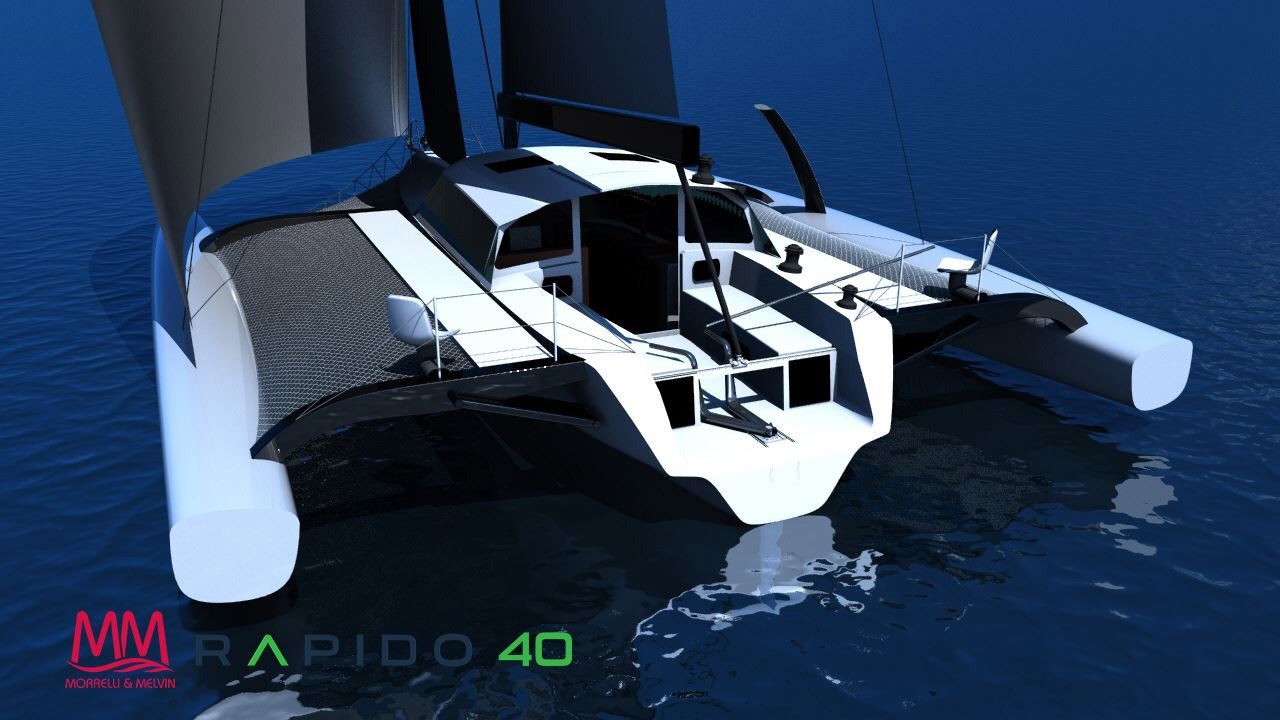 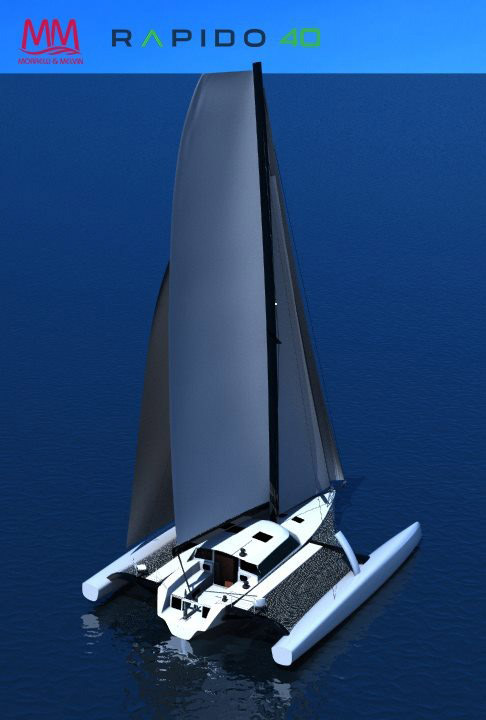 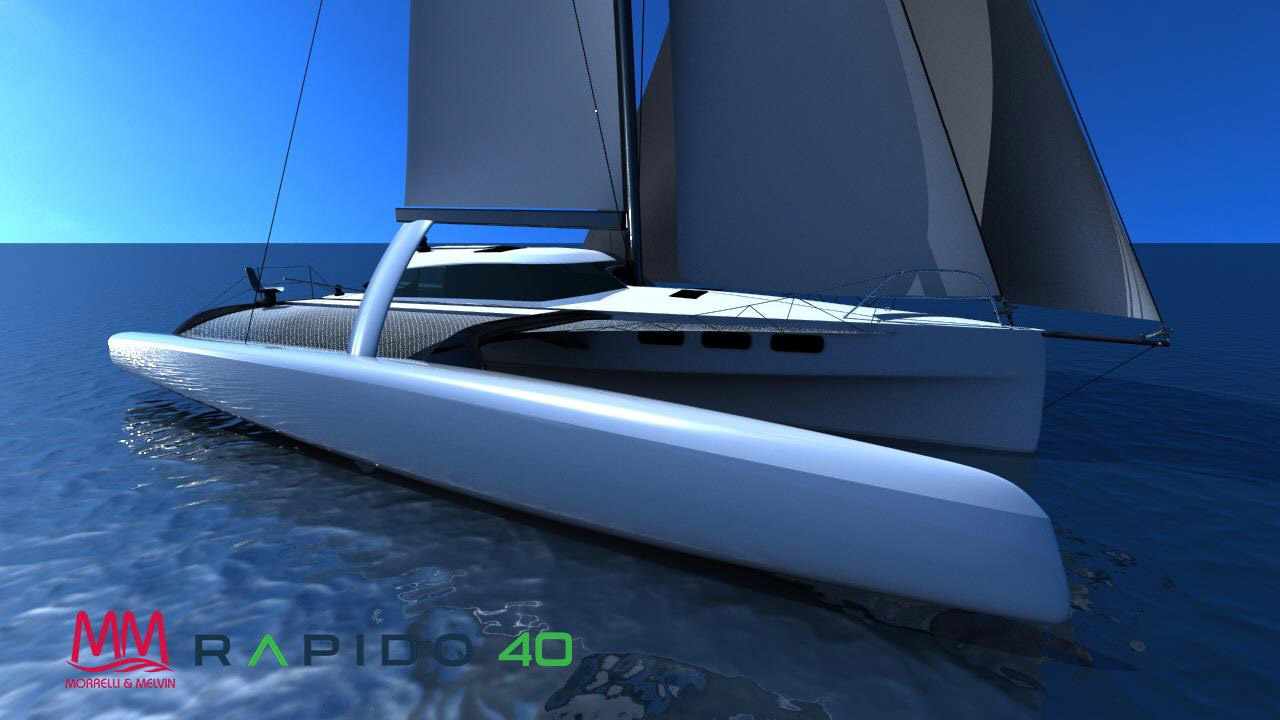 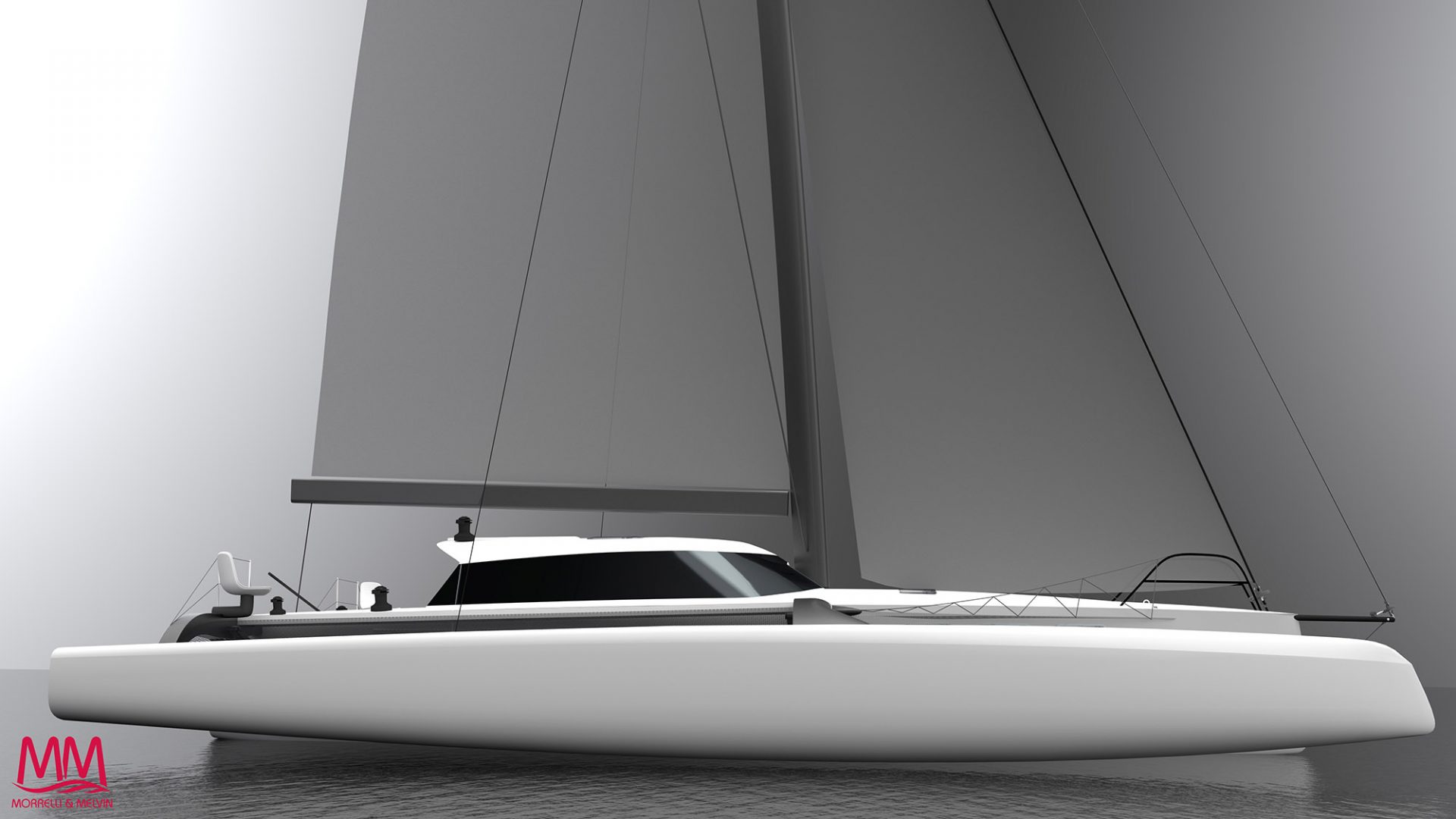 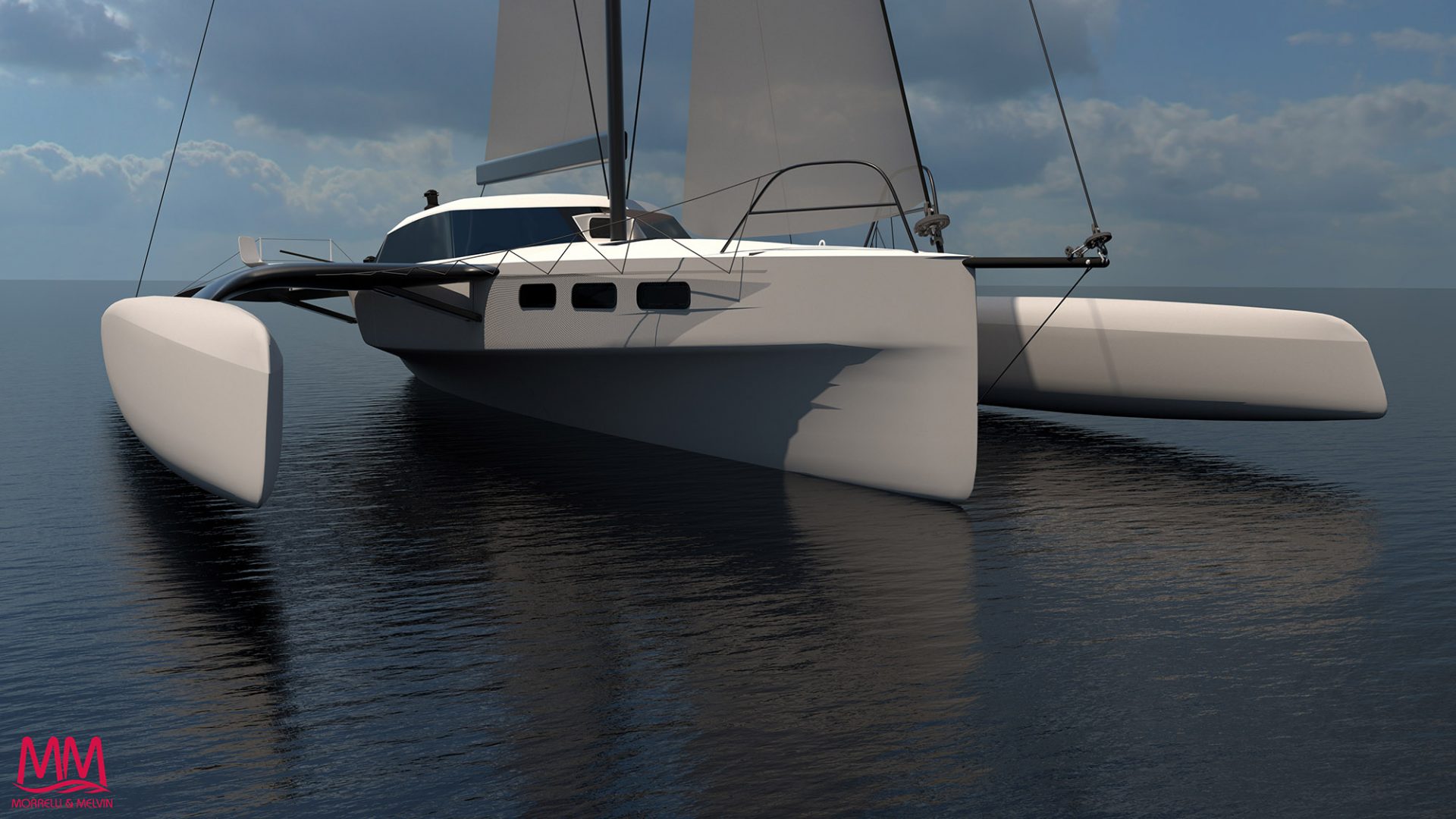 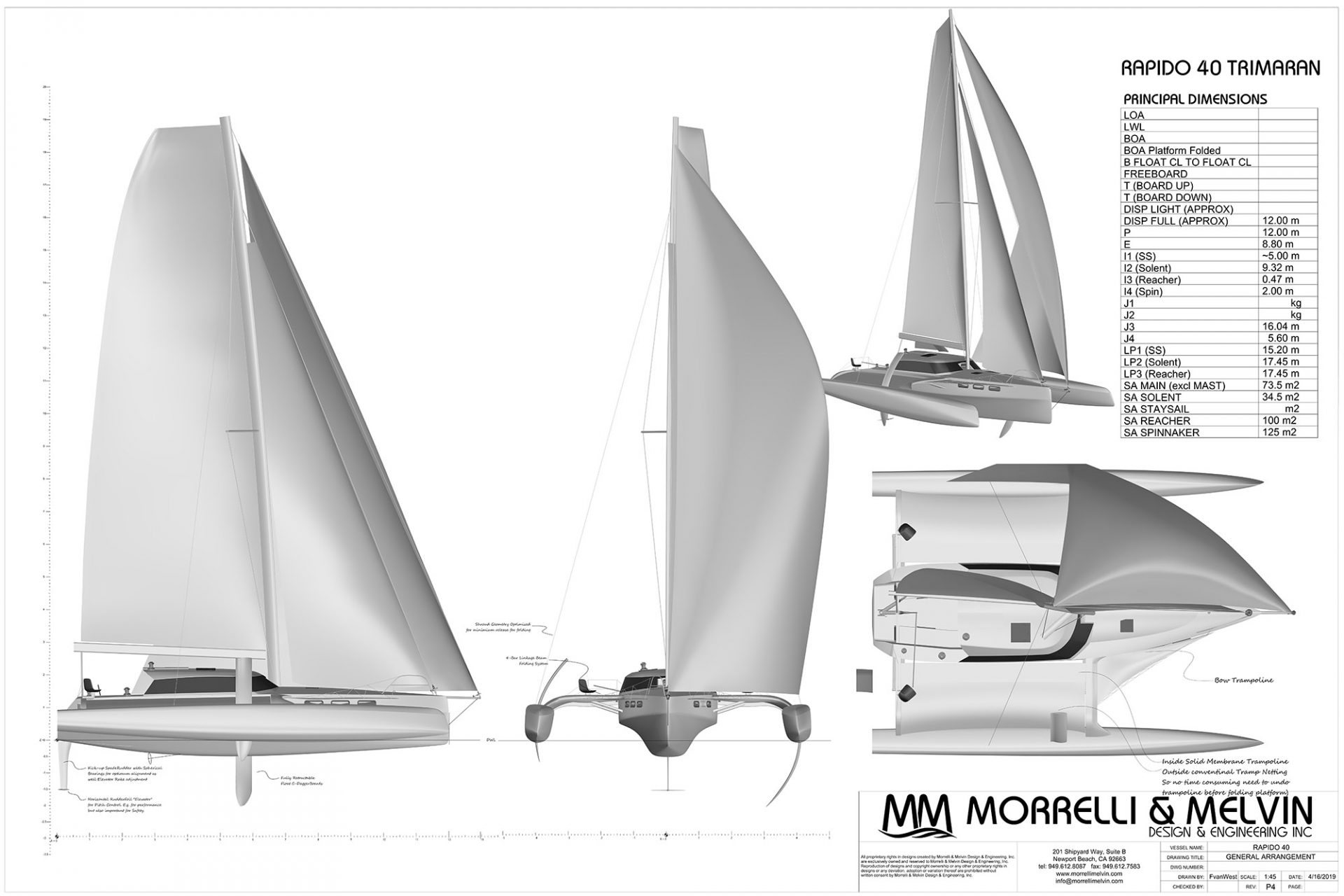 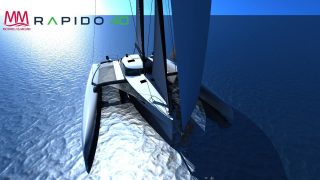 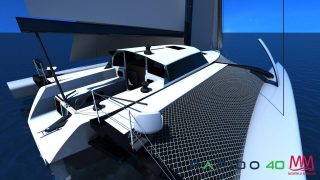 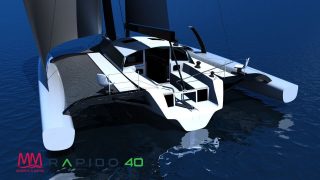 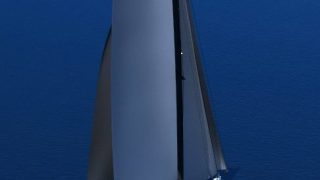 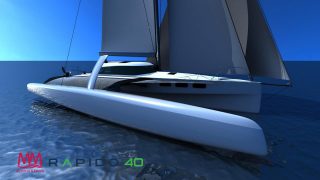 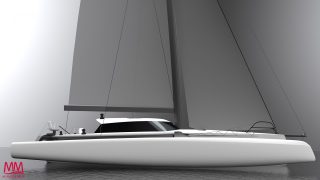 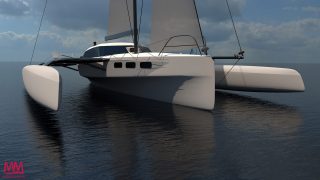 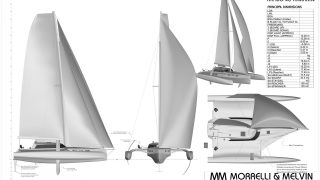 Prices are not fixed due to daily fluctuations in international exchange rates. For current pricing on any of these models please contact us on: